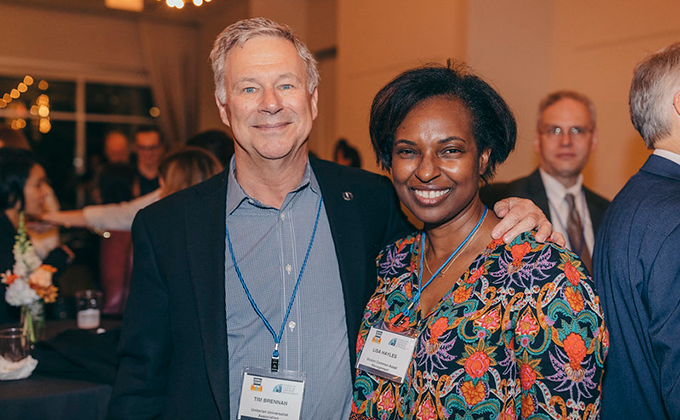 The Interfaith Center on Corporate Responsibility (ICCR) is an association of 300 faith-based investors, advocating for greater corporate social responsibility.

Lisa leads Boston Common’s shareowner engagement work around inclusion and gender equality in the workplace. She serves on the board of the Thirty Percent Coalition, a national non-profit committed to raising the number of women, including women of color, on public company boards across the US. Lisa also serves as a resource on responsible investment issues for Confluence Philanthropy and the Intentional Endowments Network. Lisa is grateful for the opportunity to serve  ICCR’s members and mission.

Lauren Compere concludes her service on the board with many great accomplishments. Lauren served as Treasurer for two years and served as the co-chair of the Human Trafficking Sub-Committee and Access to Health Working Group. In 2007, Ms. Compere co-authored the ICCR white paper “How & Why: Corporations Responding to AIDS.” In 2010, Lauren was honored by ICCR for five years of human trafficking advocacy leadership with the organization.  ICCR’s Human Trafficking Working Group was established following Boston Common’s leadership role in engaging Marriott International in 2005 and 2006. Currently, Lauren is on the steering committee of the Investor Alliance for Human Rights.

We would also like to congratulate Francis Coleman, Vice Chair of Christian Brothers Investment Services, as the recipient of the 2019 Legacy Award! The ICCR Legacy Award, presented at the annual Fall Conference, was created to honor those whose work has provided a strong moral foundation and an enduring record of demonstrated influence on corporate policies.

As a long-term collaborator and partner, Boston Common is an avid supporter of ICCR’s work to press companies to improve their ESG profiles.

Published On: November 1, 2019Categories: From the Commons