Too Big To Listen? Dodd-Frank and Shareholder Rights! 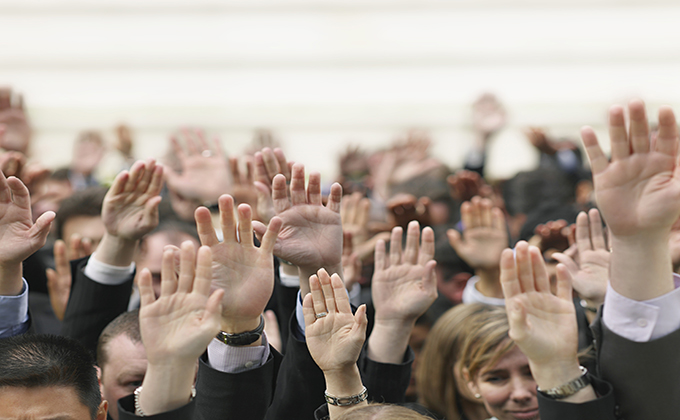 Much of the attention on today’s House Committee hearing to discuss the rollback of the Dodd-Frank Act will no doubt focus on some big ticket financial items like the removal of the Volcker Rule; however the proposal to amend how shareholder resolutions work also deserves significant focus. It is a reform that threatens to shut down one of the most significant shareholder tools used by investors to improve transparency and disclosure of information to better understand how companies are managing risks to be better positioned for long term sustainable growth. Access to reliable and accurate information is a hallmark of well-functioning financial markets yet the proposed Financial CHOICE Act, will take away such fundamental shareholder rights.

The proposed reform is that anyone seeking to put a proposal on the corporate ballot must hold a minimum of 1% of a company’s outstanding stock for three years. For most listed companies this would set the threshold at an impossible level so that only the very biggest investors could file a shareholder resolution. For example, Harvard’s $36 billion endowment would need to put almost 20% of its assets into Apple ($767 billon market cap) in order to be eligible to file a shareowner proposal.

Currently, shareholders with as little as $2,000 in shares for a year or more can do so. Improvements in business are driven by the marketplace of ideas, and minority shareholders are also important stakeholders.

The importance of shareholder resolutions

Shareholder resolutions are one of the main methods by which investors can encourage positive corporate action, especially on environmental, social and governance (ESG) factors. The removal of such informal checks and balances put both investors and corporates at risk.

A good example of this is climate disclosure. Fifteen years ago barely any companies measured and reported on carbon emissions or climate risk, but thanks in large part to consistent efforts by investors most leading companies now do. For example, at the request of a US$100 trillion group of investors more than 5,600 companies disclosed environmental data through CDP in 2015, close to 60% of the market capitalization of the world’s largest stock exchanges[1].

In addition to CDP disclosure, hundreds of companies have disclosed information and confirmed plans for reducing their Greenhouse Gas emissions in response to shareholder dialogue and resolutions.

Diversity is another example of shareholders using resolutions as a mutually-beneficial tool to help improve corporate performance. For example, last month saw several large US financial companies – such as Bank of America, Citigroup and Wells Fargo – face shareholder votes asking them to report on the gender pay gap, an effort that is already showing signs of creating more transparency and prudent management of the issue at these firms.

Over the past fifteen years, there is also increasing evidence that shareholder resolutions have resulted in meaningful changes in company corporate governance policies and practices and improved disclosure including:

In all of these cases, many of the filers behind these resolutions have been minority shareholders (whether individuals or institutional investors). Yet these are the ones who would be cut out of this process entirely by the amendments proposed to Dodd-Frank.

Climate change is not a “special interest”

The argument that some business figures and Administration officials are making in favor of this reform, including the Chief Executive of JPMorgan, is that shareholder resolutions have been taken over by a handful of activist investors who own small stakes and are pursuing ‘special interests’ not related to shareholder value. This view misses the point however: climate change is not a “special interest”. On the contrary, runaway climate change could cause value destruction unlike anything previously seen. Likewise, promoting equality and diversity makes for better decision-making and is simply good business sense. Companies managing these risks will ensure that they are competitive in the long-term, protecting shareholder value in the process.

The proposed attack on shareholder rights also comes while investors and campaigners alike are fighting to keep the ‘Conflict Minerals Section 1502’ of Dodd-Frank alive. Passed in 2010 with the aim of breaking the link between armed militias and the sourcing of minerals, the law helps create demand by multinational corporations to only source certified ‘conflict- free’ minerals. Recently, the Acting Chair of the Securities and Exchange Commission was accused of overstepping his authority after unilaterally issuing statements that would substantially change the scope of companies’ reporting requirements on conflict minerals.

Similarly the reversal of Section 1504, which requires companies in the oil, gas and mining industries to disclose payments they make to foreign governments, will make it harder for the investors to understand the bribery risks of investee companies. It is very short-sighted and destabilising and actually increases national security risks. More than 30 countries including the EU have modelled mandatory disclosure based on the U.S. Companies would rather see alignment of regulation and global standards which actually lessen the regulatory burden and reduce cost.

The proposed Financial CHOICE Act, 1502 (conflict minerals disclosure) and 1504 (extractives payment transparency) would both be repealed with no hope for replacement. Clearly, opposing forces are pulling corporate America in two different directions.

Dodd-Frank was created to stop some companies becoming ‘Too big to fail’, yet the proposed reforms would enable them to ignore shareholders and act as if they are ‘too big to listen’. Shareholder proposal rules support the ownership interests of all shareholders including anyone who has pensions or savings – and it is vital that the tools that allow investors to apply pressure to encourage companies to move in a sustainable direction remain in place.

The information in this document should not be considered a recommendation to buy or sell any security.