Voting for Diversity: A Survey of Investors 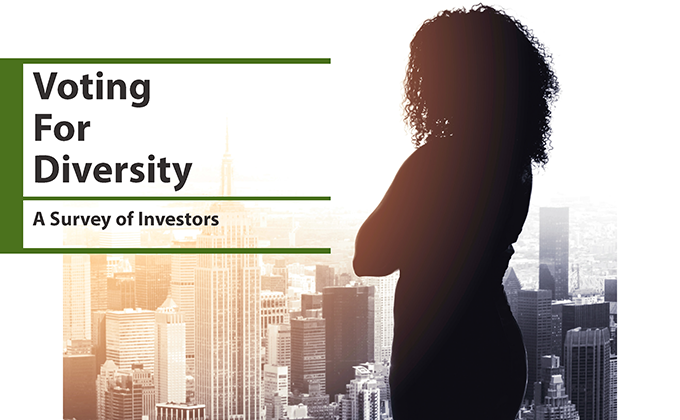 How do investors use their proxy votes to promote greater board diversity?

Boston Common Asset Management conducted a survey in the Spring of 2019 examining proxy voting and engagement policies as they relate to diversity among institutional investors. The survey was designed to reveal the extent to which institutional investors considered gender, racial and ethnic diversity when voting their proxies. Here‘s what we found.

Download the Report
Published On: June 28, 2019Categories: From the Commons